Her professional opera career began at the opera house in Kiel, Germany where she was a permanent member of the solo ensemble from 2002 until 2014.  Here Susan Gouthro experienced great success singing many of the most important roles of the lyric soprano repertoire.  Mozart roles include both Pamina and The Queen of the Night in The Magic Flute, Contessa in The Marriage of Figaro, Donna Anna in Don Giovanni and Fiordiligi in Cosi fan tutte.  She displays a particular affinity and sensibility for the French opera repertoire and portrayed this singing the roles of Micaela in Carmen, Marguerite in Faust, Antonia and Olympia in The Tales of Hoffmann, and the title role in Manon.  Favorite Italian roles performed include Liu in Turandot, both Musetta and Mimi in La Boheme as well as Violetta in La Traviata.  Her diversity extends to German operetta (Hanna Glawari in The Merry Widow and Rosalinde in Fledermaus) and the first forays into Wagner repertoire with Eva in Die Meistersinger von Nuremburg.  The title roles in The Cunning Little Vixen and Rusalka as well as Marie in The Bartered Bride are Czech roles sung which complement this versatile singers' repertoire.  Invited to sing as a guest, Susan Gouthro has had the opportunity to sing many of these roles in other German opera houses.  These include performances in Kassel, Cologne, Lübeck, Bremen, Würzburg, Hagen, Dessau and Karlsruhe.

Most recently, she was celebrated as the opera-diva Carlotta in Andrew Lloyd Webbers’ world-famous musical The Phantom of the Opera at the Stage Metronom Theater in Oberhausen, Germany, singing eight shows a week for one year.

As a winner of the International Voix Nouvelles Competition 2002 in Paris, Susan Gouthro was invited to sing in a 6-month concert tour, which included performances at the French opera houses Paris, Toulouse, Reims, Vichy, Bordeaux, Avignon as well as in Lausanne and the Reunion Islands.  Some of these concerts were heard on Radio France 2 and produced for television.  She was a finalist at the 2002 Belvedere Voice Competition in Wien, then went on to win first place in the Dvorak Czech and Slovak Competition in Montreal which resulted in a concert tour throughout the Czech and Slovak Republics. Later that year she became the first Canadian to win first place at the 17th annual Mikulaus-Schneider Trnavsky International Competition in the Slovak Republic.

Susan Gouthro graduated from Queen's University in Kingston, Ontario with a Bachelor of Music in Vocal Performance.  She then completed her formal training with a Master's of Music from the University of Western in London, Ontario.  Further studies included a year in Toronto with voice teacher Mary Morrison, a summer spent in the opera program at the Banff Centre for the Arts in Alberta and 2 summers at the prestigious Britten-Pears School in Aldeburgh, England.  Chosen as a member of the CNIPAL young artist program in Marseille, France in 2002/2003, Susan Gouthro continued her training and meanwhile performed regular concerts with song and opera repertoire at the opera houses in Toulon, Avignon and Marseille. 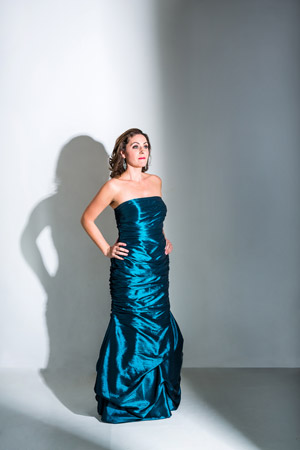